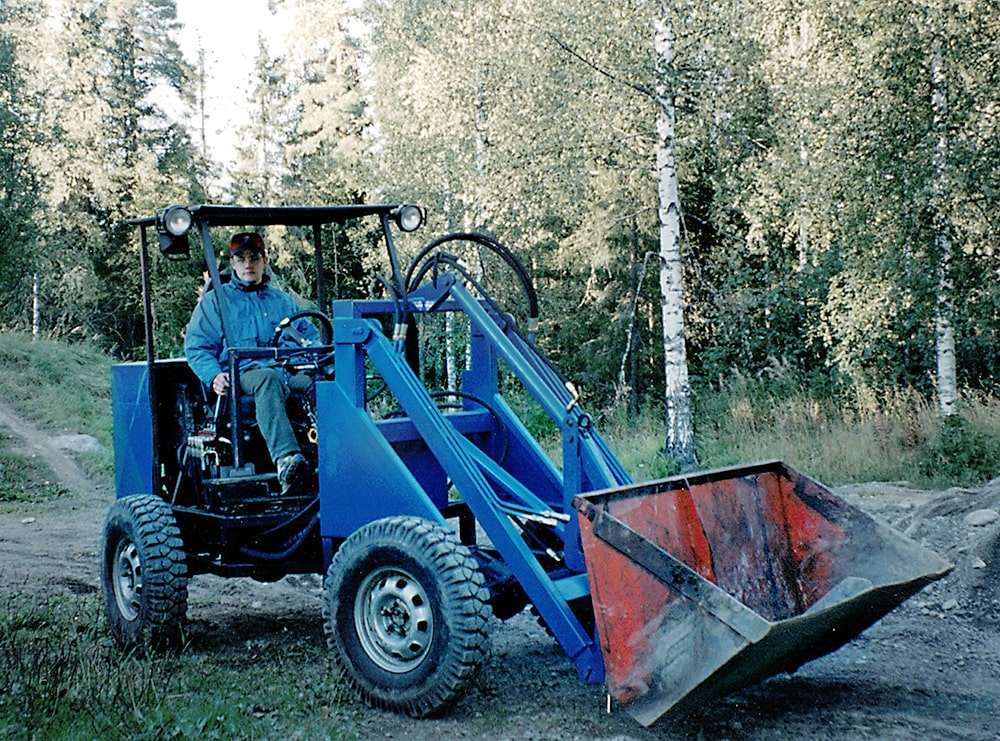 Where it all started

It was in 1993 when 15-year-old Matti Metsähonkala built ‘Quad’, his first machine, with his own hands out of bits of rubbish. It was built for a useful purpose – loads of firewood for a family of six were carried with it.

A few years later Matti built a wheel loader from spare parts from a Volkswagen Golf and a Volvo, which cleared the snow from his family’s and his neighbours’ yards. The foundations for Metecno Oy had been set, although he didn’t know it yet.

After high school, Matti decided to begin studying automation engineering, and after completing his degree he applied to be a designer for a hydraulics company. The decision to start his own business in 2008 was all but easy.

First he had to leave behind a successful company where he had a safe job as an engineer. After taking an 18-month sabbatical to build his own house, Matti had a frank discussion with his manager:

– I’m not coming back to work. I’m going to start my own business.

So Metecno Oy was founded based on one order. It had no solid customer base but it did have loads of commitment and desire to build something of its own.

Matti was interested in logic programming, which he methodically studied alongside the house-building project. He carried out his first logic control system for his own house, which spawned a lasting interest in constructing machines with intelligent control systems.

– I built the company’s first machine in a small factory space in six months. At that time, I did every work phase by myself, from designing to manufacturing, since there were no other employees.

The most difficult phase for the company was in 2012 when its turnover decreased considerably. At the same time Matti got an enticing job offer so for a moment shutting down the business was an option. But with the power of Finnish sisu, the business continued and after expanding the premises, Metecno Oy started to receive more orders and could hire another employee. Since 2015, the number of employees has steadily risen and new equipment investments have been made. 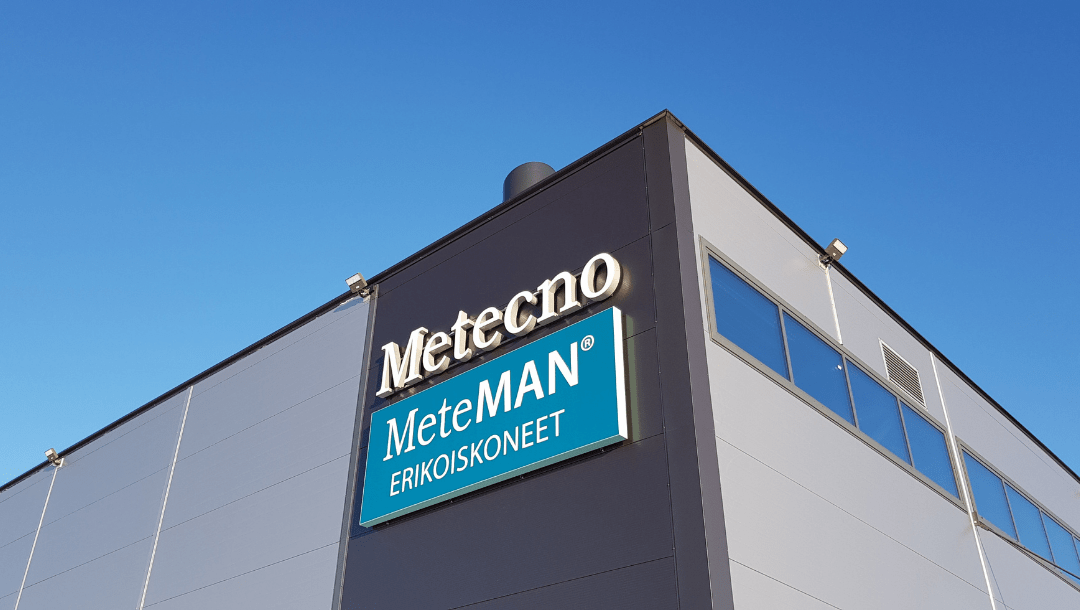 Currently, Metecno is in the middle of its biggest change. The company’s premises, from their beginnings in Hämeenkyrö, are now in the middle of an intense industrial park, located in Nokia’s Kolmenkulma.

Business-wise, this change represents a big opportunity, since both the design and production capacity will be at a much higher level.

At the moment Metecno employs eleven people. The company’s challenging business model requires a continuous effort to develop its functions, of which the most recent is the certification of the ISO 9001: 2015 management system standard for the sale, design and manufacture of special purpose machines.

Financially, the company is in a good position. Metecno has been granted AAA rating six years in a row and it achieved a record turnover in year 2021. In spite of financial success, the technical desire is still at the company’s core:

– I still very much enjoy the technical side of machines, building them and innovating. However, lately the best part has been recruiting congenial people to work with. We are a close-knit work community that works for company’s common good.